REQUEST A CALL BACK OR VIDEO CONSULTATION

Being alive in 2018 means living in an ever-changing geopolitical landscape. It means less security and stability in one’s home country — especially if that home country is a dominant Western power.

Luckily, being alive in 2018 also means that having dual citizenship is an option. Having two passports enables you to work, live, travel, and invest in more areas of the world than you could previously imagine. While financial reasons are often the driving force for savvy business people looking for a second citizenship, the significance of personal security for both you and your family should not be overlooked.

There is nowhere more appealing for second citizenship than the Caribbean, particularly Antigua and Barbuda, where you can enjoy pristine beaches and coastlines while also taking advantage of the innovative financial services and superior communications infrastructure.

If you are considering Caribbean citizenship, read on to discover four more reasons why Antigua and Barbuda is one of the most desirable countries for second citizenship.

1. Antigua and Barbuda is a stable, prosperous independent country.

Located where the Atlantic and Caribbean meet, Antigua and Barbuda is respected around the world as a tropical paradise destination thanks to its stunning reef-lined beaches, rainforests and resorts. With English as its official language and a currency (the Eastern Caribbean dollar, EC$) that is fixed with the US dollar, it is no surprise that tourists and expatriates alike greatly enjoy spending time here.

In fact, one of the reasons people return again and again (and then choose to obtain citizenship) is because the idyllic islands are incredibly safe with a low crime rate. As a member of the United Nations and the British Commonwealth, the country as a whole is politically and economically stable.

Antigua is a constitutional Monarchy which means it has its own elected parliament, although the British Queen continues to be represented on the island by a Governor General.

2. An Antigua and Barbuda passport is a strong travel document.

Due to its status as a stable, prosperous independent country, citizens of Antigua and Barbuda benefit from having a strong travel document. By having this passport, you will be able to travel to 136 countries, including Hong Kong, the UK and Europe with visa-free entry or visa on arrival. No more difficult visa requirements!

Because it is a member of the Commonwealth, citizens of Antigua and Barbuda have special privileges in the UK and other Commonwealth countries.

But, just because you can travel frequently, doesn’t necessarily mean you will want to. Judging by the large expat community that resides in Antigua and Barbuda, there is plenty to keep you occupied and satisfied on the islands.

Whether you prefer to spend your spare time playing golf, diving or sailing around some of the best waters in the Caribbean, you can be assured that Antigua and Barbuda has something for you. To integrate with the locals, get used to playing cricket on any empty piece of land.

If you are looking to move your children to the islands, you will be pleased to know that the education system in Antigua and Barbuda is massively influenced by the British system, meaning there are both public and private schools available.

4. Antigua and Barbuda has excellent tax policies (for you).

Should you decide to become a tax resident* in Antigua and Barbuda, there are several significant taxes, including wealth and inheritance, which you will no longer have to worry about. On the islands, there is no capital gains taxation nor inheritance tax which can be a considerable draw for high-income people around the world.

Antigua & Barbuda abolished all personal income tax in 2017 which is one of the most appealing aspects of tax residency here.

For those who are living between two places, there are tax treaties and regulations that can assist in protecting you from paying taxes on the same income in two different countries.

*Tax residency requires minimum annual residency and professional tax advice must be sought in Antigua and in the home country.

What is the cost of obtaining citizenship?

Currently, the cost of obtaining citizenship for Antigua and Barbuda is $100,000 and up. Additional charges include:

Alternatively, if you are at least 18 years old and do not have a criminal record, you can invest at least $400,000 in a real estate project on the islands and become a citizen.

Have you ever considered moving to Antigua and Barbuda? Or anywhere else in the Caribbean? Why or why not? Let us know in the comments below! 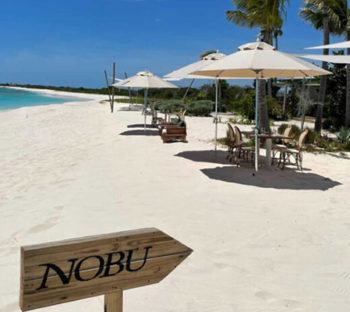 Celeberties in the Caribbean, Robert De Niro to be exact

Robert De Niro has been interested in Antigua & Barbuda...

END_OF_DOCUMENT_TOKEN_TO_BE_REPLACED Need to start thinking about renewing your Antigua & Barbuda...

END_OF_DOCUMENT_TOKEN_TO_BE_REPLACED Trends for residency and citizenship in 2022

END_OF_DOCUMENT_TOKEN_TO_BE_REPLACED

Fill in our contact form and one of our immigration experts will reach out to you shortly.

LOOKING FOR THE BEST INSIGHT
ON CITIZENSHIP INVESTMENT PROGRAM COMPARISON?

LOOKING FOR THE BEST INSIGHT
ON CITIZENSHIP IN ANTIGUA?

FREE CHECKLIST
FOR THINGS YOU
NEED WHEN APPLYING
FOR CITIZENSHIP

We will only send you awesome stuff!

In no event shall Citizens International be liable for any direct, indirect, punitive, incidental, special, or consequential damages arising out of, or in any way connected with, your access to, display of or use of this website or with the delay or inability to access, display or use this website (including, but not limited to, your reliance upon opinions appearing on this web site; any computer viruses, information, software, linked sites, products, and services obtained through this website; or otherwise arising out of the access to, display of or use of this website) whether based on a theory of negligence, contract, tort, strict liability, or otherwise, and even if Citizens International has been advised of the possibility of such damages.

What information do we collect?

We collect information from you when you fill out a form.

You may, however, visit our site anonymously.

What do we use your information for?

Any of the information we collect from you may be used in one of the following ways:

How do we collect your information?

Cookies are small files that a site or its service provider transfers to your computer’s hard drive through your web browser (if you allow) that enables the sites or service providers systems to recognize your browser and capture and remember certain information.

Do we disclose any information to outside parties?

We do not sell, trade, or otherwise transfer to outside parties your personally identifiable information. This does not include trusted third parties who assist us in operating our website, conducting our business, or servicing you, so long as those parties agree to keep this information confidential. We may also release your information when we believe release is appropriate to comply with the law, enforce our site policies, or protect ours or others rights, property, or safety. However, non- personally identifiable visitor information may be provided to other parties for marketing, advertising, or other uses.

At our discretion, we may include or offer third party products or services on our website. These third party sites have separate and independent privacy policies. We therefore have no responsibility or liability for the content and activities of these linked sites. Nonetheless, we seek to protect the integrity of our site and welcome any feedback about these sites.

COMPLIMENTARY COMPARISON
OF ALL CITIZENSHIP
PROGRAMS

COMPLIMENTARY CHECKLIST
OF WHAT IS REQUIRED
TO MAKE AN APPLICATION